JavaScript is not enabled. 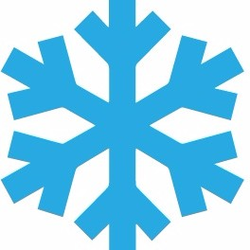 We are the official supplier of local cryotherapy devices for the leading cryo manufacturers throughout Europe and the US.

Originally developed in Japan in the 1970s for arthritis, now used throughout the health services of Central Europe plus over 1,500 spas and salons in the US  - but only 15 in the UK so far, and even fewer in other EU countries!

Cryo is scientifically backed for:

+ pain relief (including for long-term arthritis care) and

We have sold sports devices to Barcelona FC, AC Milan and many others.  We have sold over 400 of this device into healthcare for arthritis treatment and several hundred for physio/injury rehab.

Now expanding into beauty salon / spas - the fastest-growing segment in the US market - with easy vendor finance.

What kind of agent is suited to this opportunity?

Physios, spas and beauty salons tend to be owner-operated or small chains with heavy owner-involvement.  You need experience of selling into smaller establishments.

While there are many competing therapies for our customers to choose from, Cryo is effective, it works and it is highly profitable.  We will only work with ethical sellers who can communicate the actual benefits of cryo, rather than people who over-promise to customers.

All Opportunities For Companies For Sales Agents Pricing Contact Us