Three Easy Steps to Connect With Agents and Pay Them Fast: Deal Manager Guide for Companies

Recently we quietly rolled out a major piece of functionality. Now it’s time for us to tell you about it!

It’s called the Deal Manager. It allows you to manage contracts, invoices, and payments within CommissionCrowd: if you’re a company, you no longer have to make arrangements for contract signing and payment outside of the platform; and if you’re a sales agent, it’s the same idea: you don’t have to leave the platform to sign your contract or to send invoices and receive payments. Plus everything is stored, managed, and tracked in one place.

For companies, the three steps to the Deal Manager are: connecting, setting up a contract, and paying the sales agent.

Setting up a contract begins at any point after an agent, whose application you’ve approved, goes ahead and accepts this approval by connecting to the opportunity. You’ll receive an alert that will allow you to start setting up the contract. This is when you’ll see the form shown in Fig.1 below. This is where you enter your legal details, i.e., the details of your company as you want them to appear in the contract.

Setting up a contract

Companies can set up contracts in CommissionCrowd in different ways, depending on what you need:

Fig.1. The first step in the contract setup

NOTE: At this point you can also opt out of the digital signing process entirely, if you want to upload your own fully signed contract (see below).

Fig.2. Choose to use the contract builder or upload your own

Then it’s time to choose between using the contract builder—which takes a generic template and populates it with your details and the agent’s details—or you can upload your own document. In both cases, the contract is sent to both parties for digital signing within the CommissionCrowd platform.

Fig.3. This form is auto-filled, but here you get a final chance to edit the information, as well as adding payment terms.

Next you see a form that has almost everything pre-filled, with the agent’s details on the left, and your company’s details on the right. In a nutshell, this form lays out what will be added to the final contract. There may be a couple of things here that you have to fill in. One is the payment terms. This is where you give brief details on when agents get paid. An example might be “Payment no later than one week after receipt of invoice,” or something more complex.

Another thing to check here is the due date for the invoices, which defaults to 7 days. If you need to change this, here’s where to do it.

When you click on the Generate Contract button, all the information is combined into the generated contract document, which you can then sign. Note that you’ll still be able to go back and change it.

Read the document carefully, and when you’re ready, sign it at the bottom. With this method of signing, you just click on the blue button. Then the agent will be notified that there’s a contract ready for them to be signed, and they’ll sign it in the same way. Then you will in turn receive notification that the contract signing is complete.

After the process is finished you can download or replace the contract in the agent’s screen under Manage > [Agent name] > Contracts.

If you already have a contract document, but you also want the convenience of our signing process, it works pretty much the same way as above.

Fig.7. Choose between the contract builder and uploading your own contract

When you click Upload your own contract document, once you’ve uploaded the document from your computer (or Google Drive, etc), everything works the same as with the contract builder above, except that the information from the form is not inserted into the document, but is recorded in the database against your contract agreement.

NOTE: When the contract has been signed by both the company and the agent, a confirmation email will go to both. This will come from eSignatures.io, which is the service we use for electronic signing.

If you already have a contract that’s been signed by both parties, you should opt out of the process above. However, you can still add your contract to the system. Go to Manage agents > [Agent name] > Contracts and click to upload your document.

After filling in some basic information, click Next to go to the document upload screen:

Once you’ve uploaded it, it’s available to download any time, for both you and the agent.

When an agent closes a deal–this could be any lead the agent is working on, their own, or one that you’ve supplied–they’ll create an invoice and send it to you for approval.

Viewing an invoice allows you to see a breakdown of what you’ll be paying. The invoice for the service fee (1or 2% depending on your membership), is added in addition to the agent’s commissions invoice.

When you’ve paid the invoice on Stripe, you’re returned to the platform, where the invoice appears as Paid.

The Deal Manager is a big step, but we’re currently working on making it even better. New features to be added soon include:

If you’re a company, you may want to use bank transfers to pay agents instead of a credit or debit card, so we’re working on that now.

As of August 10, 2020, 39 countries are covered by this system: Stripe coverage. We have many valued agent members outwith those countries, so we’re making it a priority to achieve the widest coverage we can. 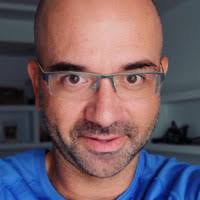 Developer and CTO for CommissionCrowd