The 5 Greatest Salespeople of All Time - Seriously!

Through the ages, sales and selling have been ever present. From the earliest times when merchants sold or traded the finest silk to royalty, to present day market traders who buy and sell stocks on Wall Street. Sales practices have evolved and will continue to evolve until the end of mankind.

In the present day there are many people who have pioneered changes within the industry, many of which are still applied and adapted by today’s top sales professionals.

So who are these pioneers and what impact have they had on the sales industry? 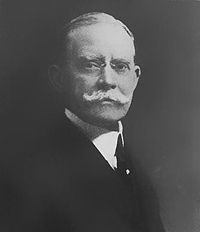 John Henry Patterson is remembered as the founder of the National Cash Register Company. However, he is regarded as one of the greatest salesmen of all time.

It is believed that Patterson invented modern selling, with his pioneering efforts leading him to create the sales training manual, canned presentations and quotas.

Patterson bought NCR at the age of 40, and the company was not doing very well. The company was hampered by a product that was not in demand and salesmen who, quite literally, didn’t know how to sell.

To counter this, he decided it was vital to the success of his business to ensure that his sales agents were successful. Patterson created awareness about the product using, what could be considered, the first marketing campaign which incorporated advertising, direct mailing and publicity. This raised the profile of the cash registers; matched with the new sales training approach NCR reached heights much unprecedented.

Many of his models are still used today, for instance, the practice of using testimonials as part of the marketing process was first incorporated by Patterson. He infused testimonials of satisfied customers in the direct mail he would send out to prospects.

One half of our salesmen are so ignorant of their product that they will actually prevent a man from buying, even though he wanted a cash register - John Henry Patterson

This was Patterson’s view after travelling to multiple NCR offices across the country. His response? To create a 450-page canned presentation document called the NCR Primer. All his sales agents were to memorise it or they would be fired. This lead to the Book of Arguments which was devised in order to give NCR sales agents responses to all kinds of questions prospects ask.

Pretend that every single person you meet has a sign around his or her neck that says ‘Make Me Feel Important.’ Not only will you succeed in business, you will succeed in life.” - Mary Kay Ash 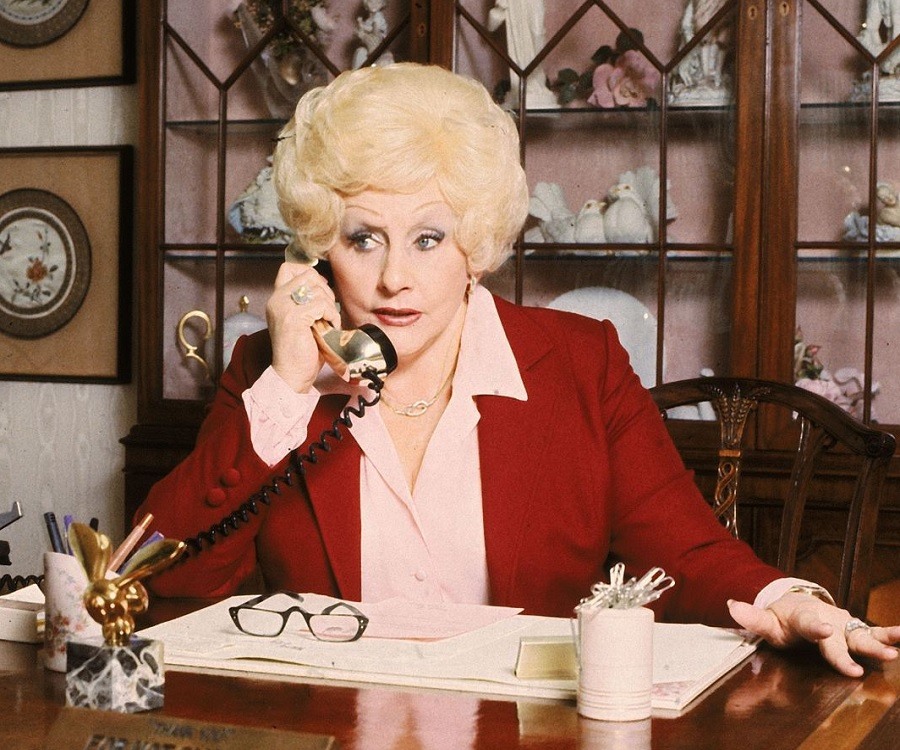 Mary Kay Ash is known as the “Queen of Sales”. Like most entrepreneurs, her rise to prominence came out of dissatisfaction and discovering a gap in the market.

Her dissatisfaction was centered around her experiences as a woman in the workforce. She saw herself overlooked for many senior positions - even seeing a male employee she trained made her supervisor - simply because she was a woman. All of this occurred despite the fact that she was the top selling sales woman in each company she worked. In one such company, World Gift Co., Ash only needed 10 years to boost their distribution to 42 states. Not very easy when you’re living in the 1950s, but that was part of Ash’s allure - a single minded determination to succeed and an uncanny ability to make selling look easy. See her quote above for example of her ease.

When she quit her job after being disenfranchised with the sexism she suffered, Mary Kay Ash wrote down her ideal business which would be for working women with children. She wrote down three main qualities this business should have:

Ash used $5000 out of her life savings to set up her own cosmetics line - Mary Kay Cosmetics. It became a unique multi-level direct sales company designed by a woman for women. In one fell swoop, Ash had found solutions to both problems that affected her whilst working for other firms.

Mary Kay Cosmetics is still giving work to over 500,000 women in 29 countries and is making more than $2bn in sales each year. A great sales model never dies.

You cannot bore people into buying your product; you can only interest them in buying it. - David Ogilvy 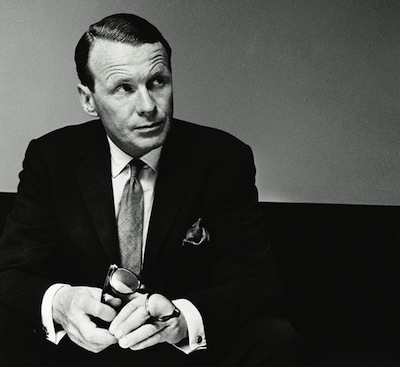 David Ogilvy’s work laid the groundwork for the marketing practices that are taught today. It all started when he worked as a door to door cooking stove salesman. He excelled so much that his employer asked him to write a sales training manual for other sales agents in their employ.

This work propelled him to create Ogilvy & Mather in 1948, an advertising firm.

Ogilvy is deemed the master of the soft sell. The long benefit heavy copy, brand name recognition building and eye-catching designs formed part of the “Ogilvy way of advertising”. His works with Hathaway and Schweppes shattered the advertising industry to it’s core.

“The man in the Hathaway Shirt” debuted in the New York Times in September 1951 and Hathaway struggled to handle the demands for their shirts.

Schweppes, a British company struggling to break into the American retail markets, were also lucky to get the Ogilvy touch. Five years later the company were selling 30 million bottles a year. So goes the power of the soft sell.

The Ogilvy way demands that a print ad have any one of the following:

Sound familiar? Well, it should because this very same criteria from the 1950s is what marketers and advertisers require in all of their campaigns in the present day.

My philosophy is, When you snooze, you lose. If you have a great idea, at least take the chance and put your best foot forward - Ron Popeil 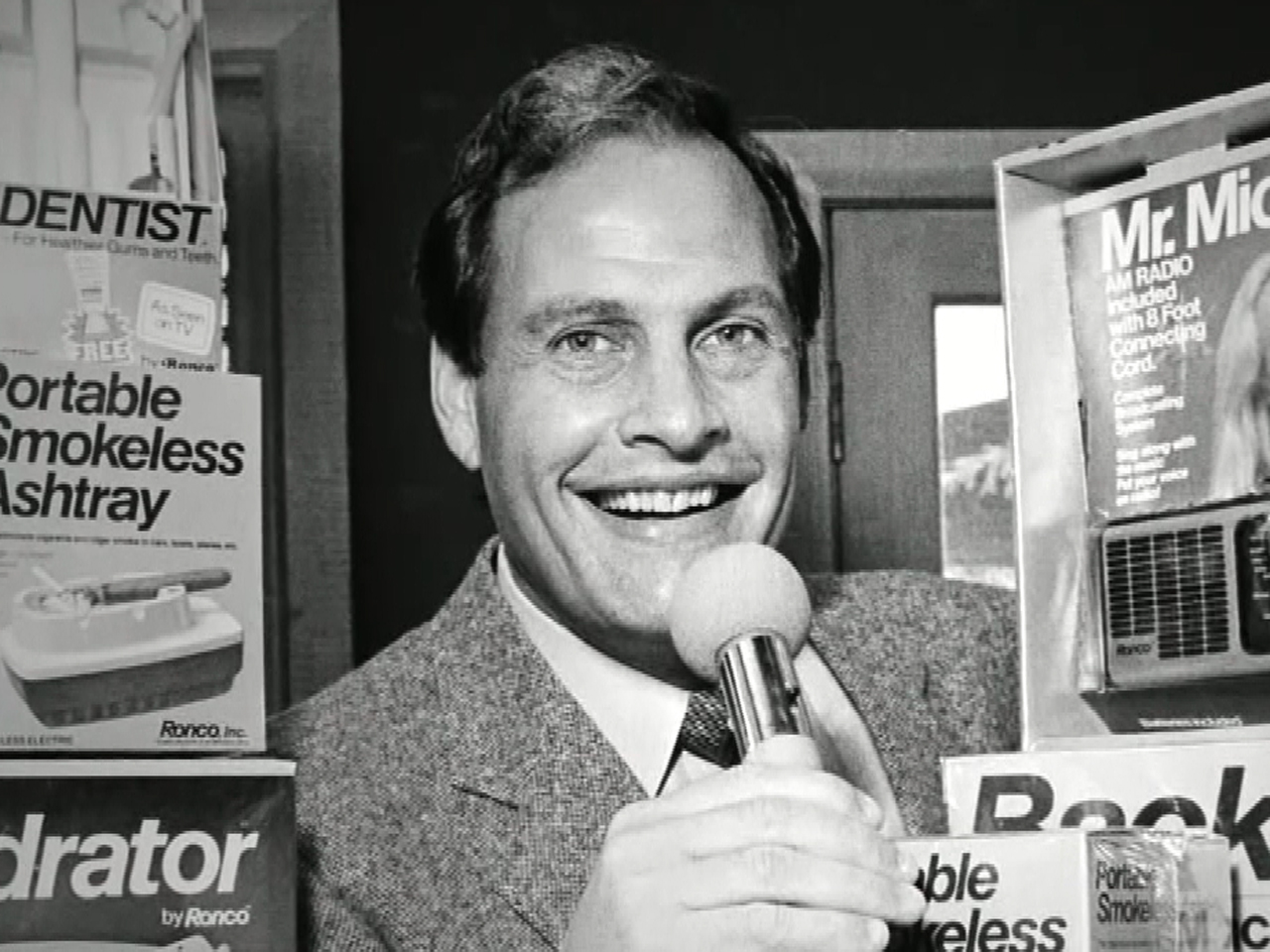 Ron Popeil is the inventor of the infomercial but his story really starts on the streets of Chicago - the infamous Maxwell Street.

Popeil discovered that the demand for goods in this street, where everything was for sale, gave him an opportunity to create his own stall and create a stall he did. He became a hawker with a fantastic ability to pitch anything you put in front of him right back to you and make you buy.

His pioneering act came when he was provided an opportunity to make a commercial for TV. His first ever tv product was a hose that could clean cars, wax cars, and fertilise grass. He called it Ronco Spray Gun. In his biography he said, *“It was a great product to begin my TV career with, because everyone could use it.” It was a great product which performed exceptionally well.

His father then asked him to market a food slicer he had created, this too was an exceptional success. However, the product which made him a stand out success was Ronco’s Veg-O-Matic. The product saw sales rise from $200,000 to $8.8Million in four years.

It was 1969 when Popeil took his company public and it became “Ronco Teleproducts”. This spawned the birth of Direct-response TV marketing, in fact, it could be argued that tv shopping channels owe their success to Ron Popeil’s to take a chance. 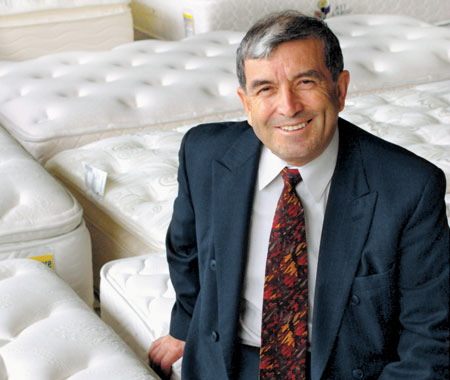 One thing anyone in business must do, is take advantage of new trends before their competitors do, this means taking risks. Napoleon Barragan did just that. Barragan is the king of taking advantage of emerging technologies for sales purposes.

at 17 years old, Barragan started his first venture, selling soda on the back of a Donkey in Colombia. He eventually relocated to NYC and took odd jobs before finding his calling as a salesman for a second hand furniture store. It is whilst trawling through an advert (Dial-A-Steak toll-free number) in the papers that Barragan stumbled across a great idea to take his furniture sales to the next level.

Barragan is not a household name but many Americans will tell you that they saw his toll-free 1-800-MATTRESS adverts. Rather, Barragan makes this list for being an early adopter. The success of his sales is down to the fact that he took risks on emerging technologies for the benefit of his business and they paid off. First with toll-free adverts.

Then, the internet became more accessible, the first thing Barragan did? He purchased the domain names for www.mattress.com and www.180mattress.com long before the concept of e-commerce.s

If this article sparked your interest here are a few more to help you on your journey to becoming a successful sales professional:

Credit given to Sabian M Muhammad for contributing to this article 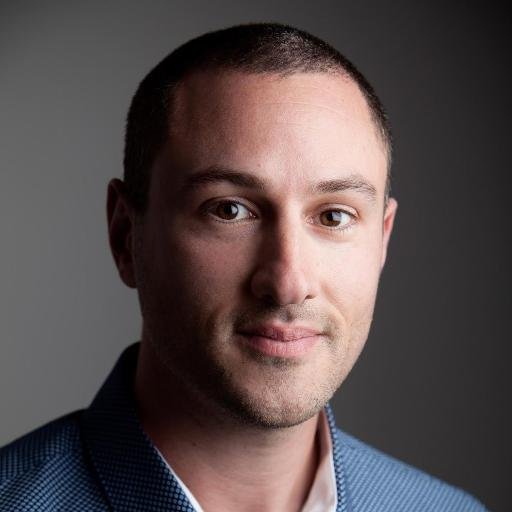